Have you heard of Jesus? Who do you think he was? A good teacher? A liar? A lunatic?

But was Jesus really a good teacher? Think about your most respected teacher. Think about all the wonderful things the teacher taught. Now also imagine that one fine day the respected teacher stands before you and tells you that he/she is God. What would you do then? Would you still respect that teacher? Dear friend, Jesus has done exactly that. He has most specifically told us that he is God.

Yes, it happened a long time ago. But look at the things that have happened after his death and resurrection. The explosive growth of the church could not be just a chance event. In Jesus' own words, "A house built on sand would not stand."

There are reliable extra-biblical documents which mention his death and resurrection.
But, for me, the most important proof is the amazing change which came upon the first apostles. His disciples were simpletons. But what they witnessed gave them the courage and the conviction to carry the Gospel to all corners of the world and ultimately die for their faith. And, of course, they could not have done what they did without the Holy Spirit guiding them.

Dear friend, this is the truth that I want to tell you. Jesus is the God which you are seeking. He died for your sins and He is alive. The emptiness that you feel in your heart, only Jesus can fill this emptiness. When I say that he died for your sins it does not mean that you are already sin-free now. Only when you believe this truth that he died for you do you become sin-free. "Though your sins are like scarlet, they shall be as white as snow; though they are red as crimson, they shall be like wool." (Isaiah 1:8)

Now you might ask me what does this belief do? I will say that this belief changes everything in your life. It turns your world upside down, but also the right side up. "Whoever is not with me is against me, and whoever does not gather with me scatters." (Mathew 12:30)

...that the shortest book in the Bible is John 3 with 13 verses.

Read the Bible in Malayalam, Hindi or English 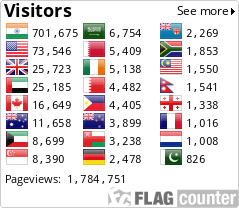